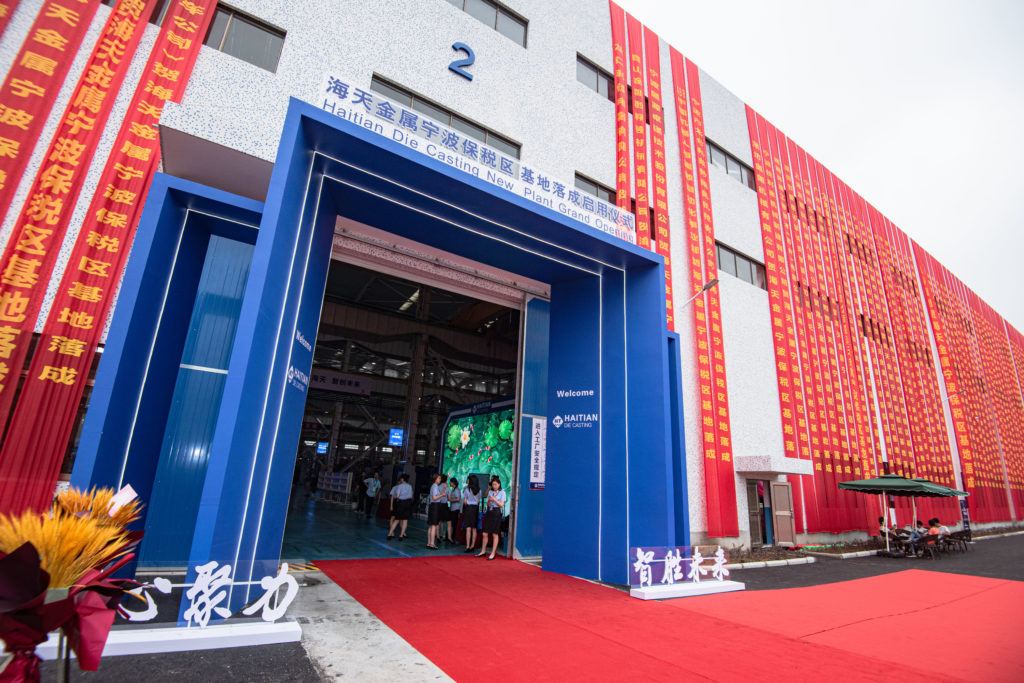 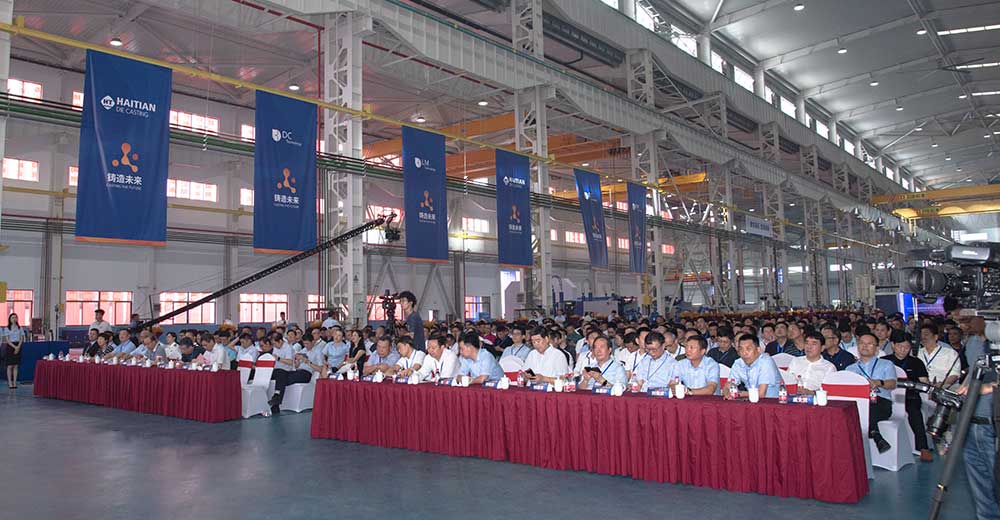 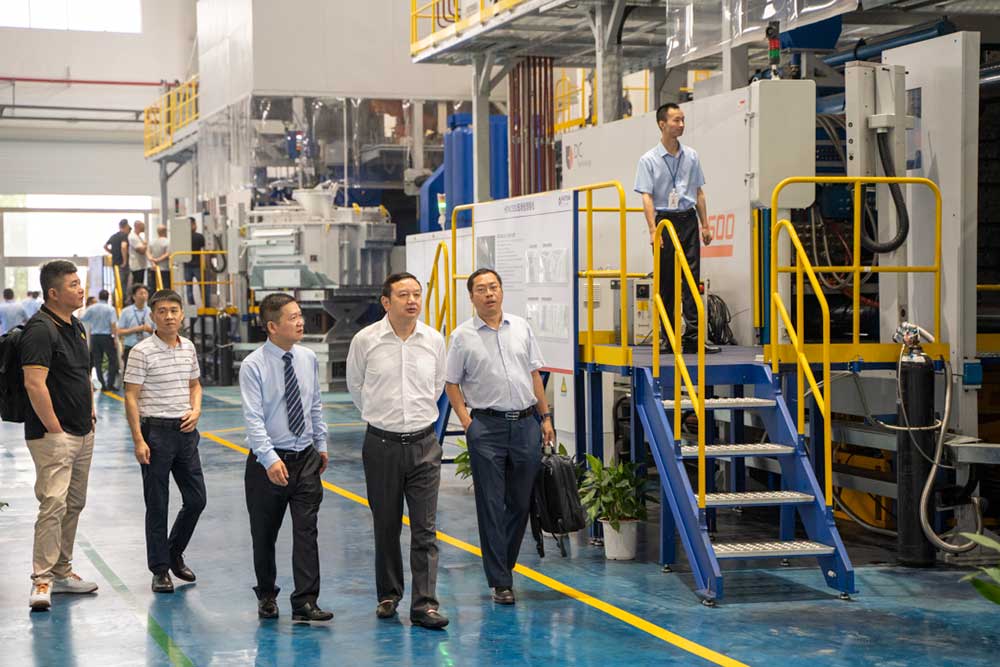 01 Found a new base and create a new start

It is learned that Haitian Die Casting Ningbo Bonded Area Base is built on the floor area of 139mu with total investment of US$ 160 million and covered area about 75,000m2 and is a base integrating the customization, processing, production, after sales, die trial and personnel training with regard to complete set of large die casting machines and providing holistic solutions for die castings. 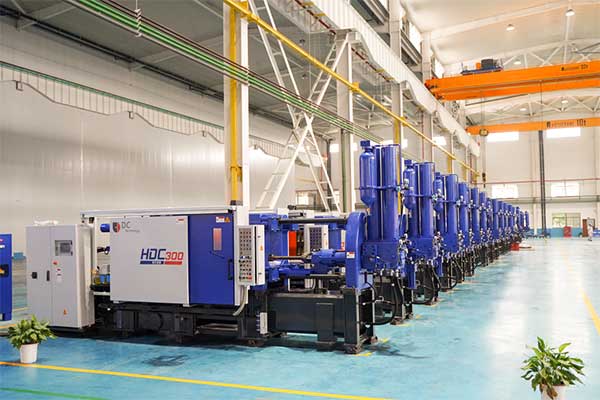 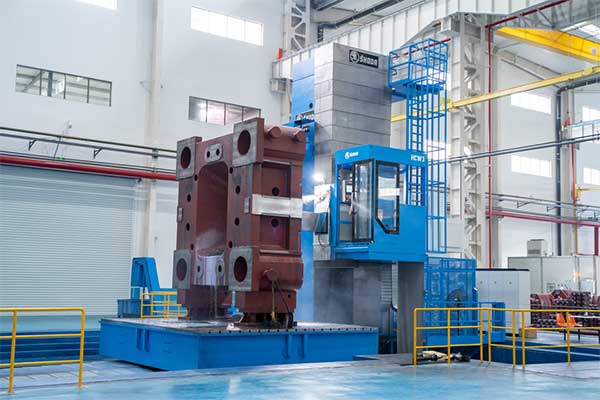 The base applied with advanced production equipment and technologies is designed scientifically in such aspects as production capacity, product, logistics, intelligent manufacturing, application center and environmental protection and makes sufficient use of digitalized platforms and flow manufacturing mode to gradually enable the annual production capacity of 4,000 die casting machines. The maximum tonnage of machines manufactured in the base could be 6600T and 8800T, which could meet the requirement for ultra-large die casting machines used in industries of lightweight of automotive, new energy vehicles, and 5G communications.

02 Leaders’ address and grand opening of the ceremony 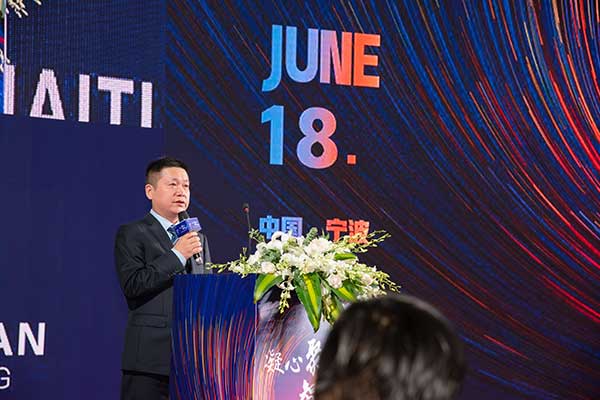 In the speech he indicated that: Haitian Die Casting Ningbo Bonded Area Base has a far-reaching significance on expansion of production capacity, market development and comprehensive transformation and upgrading. Haitian Die Casting will seize the development opportunity and build our product into the most competitive and cost-effective die casting equipment worldwide, thus making positive contributions to the flourishing die casting industry of our country.
. 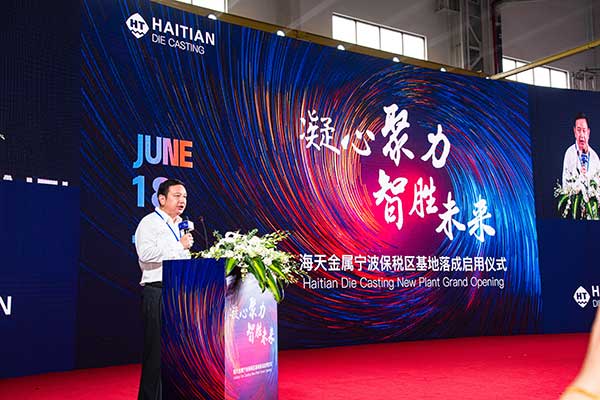 In the speech, he sent warm congratulations: Haitian Die Casting is an outstanding national enterprise, a trustworthy partner, and a good brother! The launch of this new base in Ningbo Bonded Area marks the transformation of Haitian Die Casting, is a milestone in boosting intelligent manufacture, and sets a new pole for and a new force in Chinese equipment industry! I wish Haitian Die Casting will continue to provide customers with high-quality products and services and strive for the common goal of thriving development of Chinese intelligent manufacture worldwide! 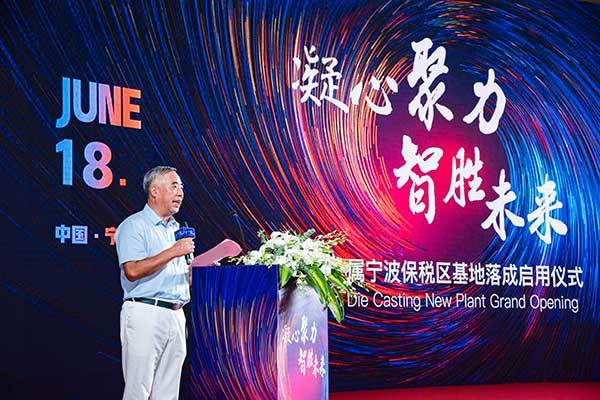 On the site, he showed gratitude for friends and partners from all walks of life in support of the base construction and delivered a speech: Haitian Die Casting will take this opportunity and forge ahead with determination to realize intensive operation of metal forming equipment. Make sustained innovations in technologies, design and manufacture the die casting machine boasting the maximum tonnage globally, provide the highly-efficient, durable and intelligent ultra-large high-end die casting equipment and do all we can to be the bellwether in die casting industry. 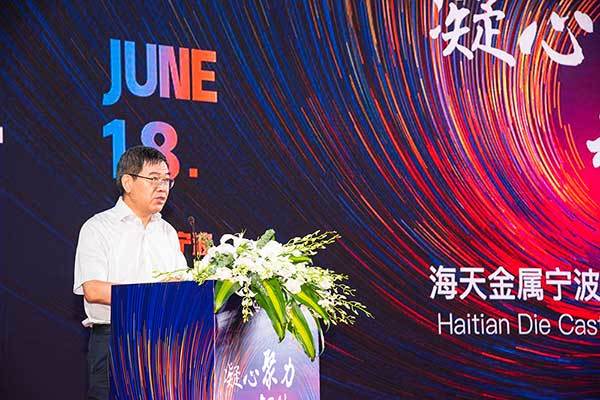 Speech from Yan Rongjie, Director of the Administrative Committee of Ningbo Bonded Area and Secretary of the Party Working Committee

In the speech, he stressed: Since the start of construction of Haitian Die Casting project in 2019, Haitian people have overcome the influence of the epidemic, raced against time, made breakthroughs in die casting equipment simultaneously with the construction and obtained significant results. They established “5G+ Haitian Die Casting Global Application Center”, accomplished the research of 8800T die casting machine and became the “heavy machine of the state” of metal die casting equipment, showing the mien of Haitian people. And I would like to give you a thumb-up.

Site of the signing ceremony

Launch ceremony of the base 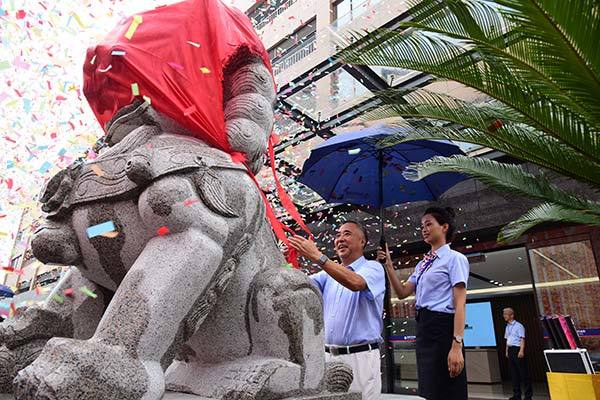 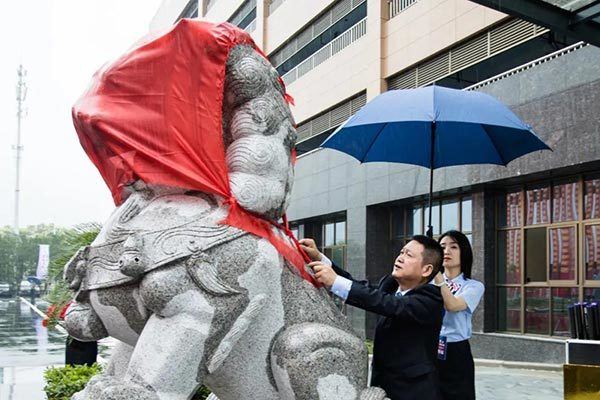 Ceremony for unveiling the stone lions of the office building

The launch of Haitian Die Casting Ningbo Bonded Area Base marks the continuous speed-up and improvement of Haitian Die Casting’s strategy layout, providing powerful supply ability for production and research strength for its ever increasing market demands, assisting it to provide service nationwide and go out internationally with strong industrial base and powerful production chain.

In the future, Haitian Die Casting will rely on the new base and take it as a carrier, comprehensively reinforce the production capacity of various machinery types and gradually improve the research and manufacture of high-end product. Meanwhile, it will aim at the cutting-edge industrial technologies and key areas, devotes to breaking through the technological bottleneck and continuously promote the successful scientific and technological innovation results in die casting industry, so as to create the first-rate world-leading domestic die casting machinery manufacturing base.

Groundbreaking Ceremony of Production Base of Haitian Die-Casting